Showing posts from March, 2013
Show all

At the Gopher Frog Release Site 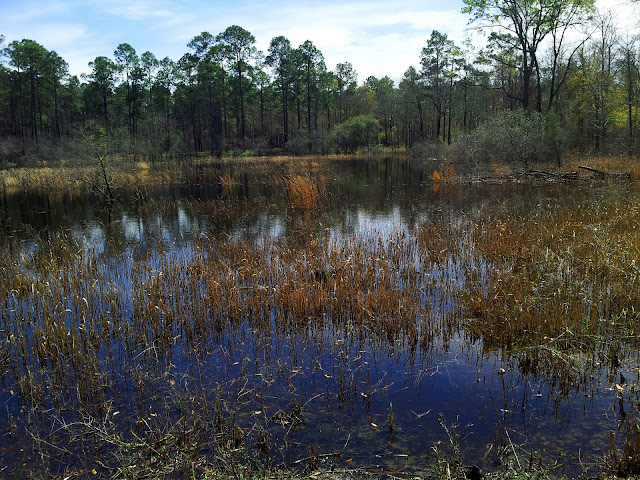 Williams Bluff. The beautiful release site of head-started Gopher frogs on protected Nature Conservancy land. This week, I had the opportunity to join Dr Maerz from UGA with Robert Hill and David Brothers from Zoo Atlanta to help sample Gopher frogs at the release site in Early County, GA. Gopher frogs ( Lithobates capito ) inhabit burrows but don't build them themselves. They 'share' underground accommodations made by Gopher tortoises, Pocket gophers and mother nature (i.e. tree stumps). It's not easy to find a frog which lives underground ... and this was my first opportunity to use a camera scope (am LED lit camera at the end of a 20' snake) so we could see down these long subterranean  burrows. We were looking for released Gopher frogs that were still making a living at the release site. Dr John Maerz (UGA)  and Robert Hill (Zoo Atlanta) sampling a Gopher tortoise burrow with the camera scope Zoo Atlanta's Robert Hill (top) and David Brot
Post a Comment
Location: Blakely, GA 39823, USA
Read more 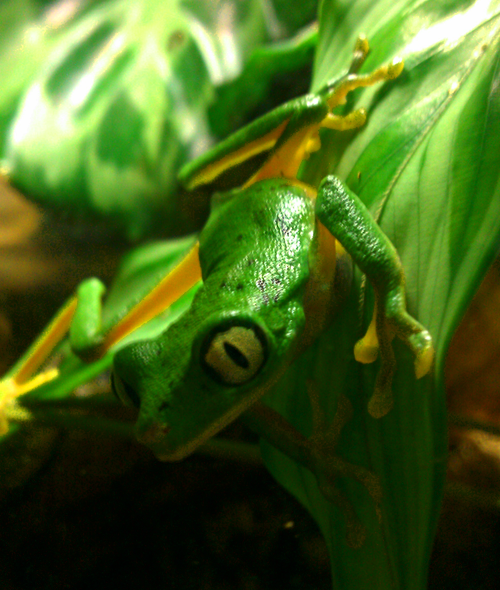 Lemur frogs ( Agalychnis lemur ) , when you are lucky enough to see one awake, are quite charismatic The Lemur frog s have been calling and showing other signs of an interest in breeding on exhibit! Here is a pair in amplexus. Leslie Phillips examining a Glass frog and Lemur frog sharing the same leaf. Green Spiny Toads have become an attraction in the Panama exhibit
Post a Comment
Read more

Rocket frogs in the frogPOD 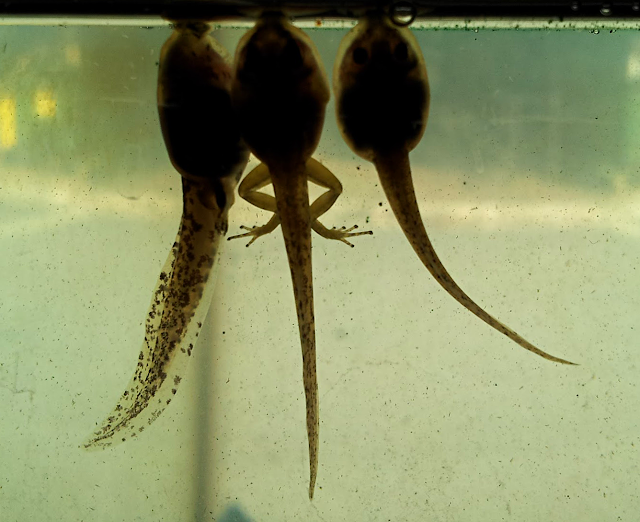 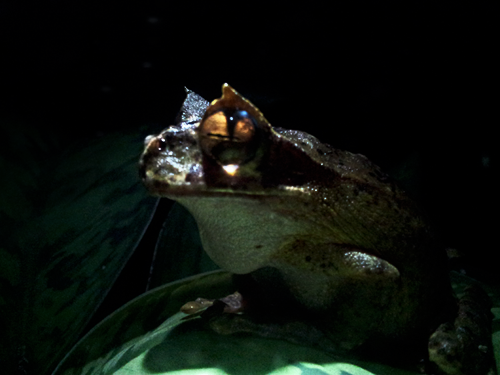